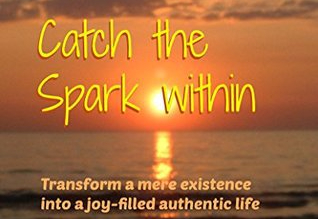 What a summer it has been so far! I hope that your summer so far was as delightful to you as it has been for me.

I haven’t done another one of these in awhile, but don’t worry. I haven’t forgotten about it.

CHAPTER 32 – Are you a big prankster?

This chapter could not be anymore right. Now in school, we all have those boring classes. Those classes that just feels like a waste of time or maybe you just find the whole thing uninteresting.

But then throw a class clown in there. Throw in a teacher who loves to joke around. Maybe a friend or two who get you in a way that makes you bust out laughing in the middle of lecture. It makes it ten times tolerable, right?

As Abaz says in her chapter, “injecting humor into our lives id necessary and not hard to do.”

As for me? I don’t find myself being a “clever” comedian. Sometimes it takes me a minute or two to get a pun, but once it clicks I hardly know how to stop laughing. I love puns…

But I love making other people laugh. I love watching people smile. I love making someone’s day. I have friends who tell me they enjoy talking to me just because I make them laugh.

And Abaz says in her chapter how it’s not good to not know how to laugh and have fun. It reminds me of Elf, when his father was always frowning and never laughed at how silly his son elf was being; everyone else on the other side of the screen was cracking up. You miss a lot by letting seriousness take over too much.

And when I try and tell a joke, saying something very sarcastic here and there, and someone doesn’t get it–it’s a bit of a downer, you know?

I remember one time when I was playing a card game with a friend’s family, and I said something sarcastic because the guy was trying to teach me something I already knew how to do; then he got onto me for not thinking it through… the whole table told him “hey, you know she’s being sarcastic right?” And I continued to sit there and smile at him while the realization hit him.

Maybe there’s a little humor in that too. Seeing someone laugh at themself for missing the joke completely.

And TV shows. Oh myyy. I think my favorite comedic show ever is Impractical Jokers. I absolutely love that show. Oh! And The Office. And Parks and Recreation. I love getting on social media, seeing people upload memorable moments from these shows to laugh at once again.

And for my favorite movie, I love Ride Along! Any movie with Kevin Hart I know it’s going to be good.

What’s your favorite comedic show or movie? Comment below! Maybe I know what you’re talking about. If I don’t, I’ll definitely give it a try!

CHAPTER 33: My child has always been enamored with cats and dogs.

Okay, I love dogs. I love, love, love dogs. I tend to enjoy big dogs a lot more, like German Shepherds, Australian Shepherds, Great Danes, the like. But I also lovvveee small dogs. Right now I have two yorkies that I love to cuddle with when I sleep. They’re spoiled brats and sometimes take my food when I’m not paying attention, but I love them to death.

My parents and my grandmother used to tell me stories about how protective the dogs we owed were over me. I would go outside to play and they would follow me around to make sure I didn’t run off. When I was still in my crib, my mom used to have a husky that would wake my mom up whenever I started to cry.

When I was around five or so, a friend of my parents gave me a baby Siberian Husky. I named her Jackie. She was also a very protective dog. When my brother was born, he was crawling around dangerously close to the stairs. My mom was there watching Jackie as she stepped in front of him to block him off from falling. My brother would try to get around, and Jackie would position herself to guard him again.

This one I consider a funny story but nonetheless terrifying when it happened. I would hang out at my grandmothers all the time because my mom had to work. Two houses down was my cousin who would walk up to play with my brother and me. Well this small blue house had this dog. I believe it was around the pitbull mix (disclaimer: this is not claiming the breed is a harmful). The house had a “Beware of Dog” sign, and the dog was kept on a lease. BUT for some OOODDDDD reason the dog was off her lease. So my cousin comes down to play. He calls me and tells me that he can’t come down, because this dog is growling and snapping her teeth at him.

When I get outside, the dog is cornering him. And it’s not if he runs away, the dog will be satisfied, right? It’s asking for a game of tag. So I run up (because I’m such a hero…) to try and distract the dog. The dog turns his attention on me… and my blood runs cold. I backed up, she stepped up. My cousin took off back to his house to get his grandmother. My brother was watching from the porch.

And so I backed up a bit more, and took off. That dog chased me down the road, his paws  scratching my heels, until I got into my driveway, into my grandmother’s arms. I want to say that that what I did showed the bit of bravery in me, but believe me… that courage ran out the door pretty quickly. I guess I didn’t understand at the time how scary dogs could be. I always grew up around sweet and lovable dogs.

But I’m guessing the reason was territorial. After all, the road led right by the house, where the dog is usually chained up in the small driveway. She probably didn’t like that we were invading her. Who knows? After that day, I never really saw that dog again. I think it was relocated to a safer place.

But either way, I love dogs. Whenever I see one I want to go up to it and hug and kiss it. But as Abaz says in this chapter, all creatures have a wild side. That dog that chased me had a wild side. Jackie disappeared one day because she loved to adventure into our woods. We believe a pack of coyotes found her, but who knows? That was the wild side of both Jackie and the coyotes.

What are some of your tales about canines? Funny ones? Scary ones? Stories that make you go “awww…”?

One thought on “Catch the Spark Within! By Alex Abaz- Chapter 32 and 33”