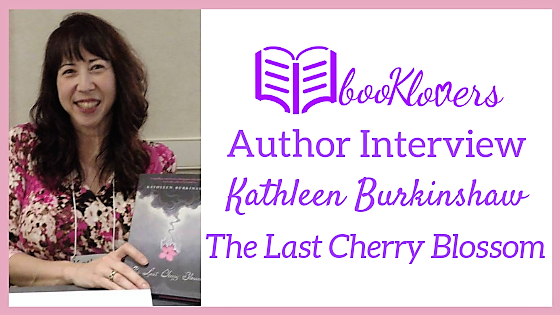 Hi guys! As a nerd who loves to learn more about the history (particularly the stories) behind the world, World War II has to be the time period that captivates me the most. It horrifies me to think how war-torn countries became and how much persecution was rampant, yet I get inspired by the stories of hope, survival, and perseverance that arose from the fight against evil. World War II is something I wish would never ever happen again, but I find myself fascinated by stories set during this period, from the Holocaust to the Pacific Front. However, there aren’t very many fictional stories that explore the viewpoints of civilians from Asian countries such as China, Japan, and the Philippines; yet I was able to meet online Kathleen Burkinshaw, author of The Last Cherry Blossom, an MG novel set in Hiroshima when the atomic bomb landed in the heart of the city. I am super excited to read this book, and I’m very honored to share this story with y’all by having Kathleen here on the blog to talk about it. 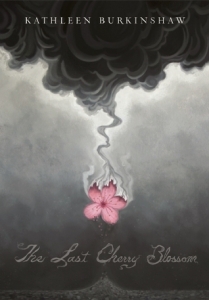 Following the seventieth anniversary of the atomic bombing of Hiroshima, this is a new, very personal story to join Sadako and the Thousand Paper Cranes.

Yuriko was happy growing up in Hiroshima when it was just her and Papa. But her aunt Kimiko and her cousin Genji are living with them now, and the family is only getting bigger with talk of a double marriage! And while things are changing at home, the world beyond their doors is even more unpredictable. World War II is coming to an end, and Japan’s fate is not entirely clear, with any battle losses being hidden fom its people. Yuriko is used to the sirens and the air-raid drills, but things start to feel more real when the neighbors who have left to fight stop coming home. When the bomb hits Hiroshima, it’s through Yuriko’s twelve-year-old eyes that we witness the devastation and horror.

This is a story that offers young readers insight into how children lived during the war, while also introducing them to Japanese culture. Based loosely on author Kathleen Burkinshaw’s mother’s firsthand experience surviving the atomic bombing of Hiroshima, The Last Cherry Blossom hopes to warn readers of the immense damage nuclear war can bring, while reminding them that the “enemy” in any war is often not so different from ourselves.

Kester, thank you so very much for interviewing me for your blog! It’s an honor to be asked.

I loved to read any kind of book as a child. As an introvert, I loved writing because it took me to a different world where I participated in the story instead of being too shy. I especially love it now because it helps me to escape from my pain -at least lessen it for a little while. I started writing poems for birthday cards from the moment I could hold a pencil. Then as I got older, I loved doing book reports (I think I was in the minority at school). After I was asked to write a high school honor speech, I thought I could really enjoy doing this for a living. But life after college led me to writing business contracts instead. After being ill for a while, I happily rediscovered my love for creative writing.

2. What are your favorite books, genres, and authors? Which ones have impacted you and your writing style the most?

I love reading historical fiction, and mysteries. As a child I loved reading Nancy Drew Mysteries, and anything by Judy Blume. I was an adult when I read WEEDFLOWER by Cynthia Kadohata and it was the first time I read about a Japanese-American as a main character. So, she influenced me greatly. Also, local NC authors (state I live in): Joyce Moyer Hostetter (historical fiction), as well as Lisa Williams Kline (historical fiction and fiction).

Well, 17 years ago I was diagnosed with Complex Regional Pain Syndrome, a debilitating chronic pain condition. I had to give up my health care administration career. So, I guess you could say, writing is probably less than part time. It depends on the daily pain. I do try to write in the morning if I can. I like to read or listen to audio books when I’m not able to write. I enjoy visiting schools and meeting students!

4. Your debut novel The Last Cherry Blossom follows a young girl who witnesses and survives the atomic bombing at Hiroshima during World War II, and the story is loosely based on your mother’s accounts of the tragedy. Would you like to share with us a bit about your mother’s experiences before, during, and after the bombing and how they shaped your story?

It’s interesting that my mother’s life events that I based the book on stalled my writing for a bit. I had to get past the actual timeline of events in her life since the book only took place during the last year of WWII. My mom was born in 1932, so she grew up with war in the background (the Japanese invaded Manchuria in 1931). She was very well off, but she saw the giving heart of her Papa. When she was five, she and her friend Machiko used to put on shows for the injured soldiers. She hated all the air raid drills, black out curtains, and being in the bomb shelter. However, she felt with her Papa she could endure anything. The chapters that deal with the day of the bombing-were exactly as she told me. These were the most difficult chapters to write, because I could see the tears in her eyes and hear the pain in her voice when she told me about that time. I can still hear her voice whenever I read these sections to students. In the months following the atomic bombing, her feelings of loneliness, guilt, and anger consumed her. It took her a long time to not feel guilty for surviving and feel that she was worth having happiness again. I’m so grateful that she did.