Hi guys! For the American audience here, Happy Fourth of July! Today marks a special day in US history, and I bet you’re planning to go to a big cookout and a big fireworks show. I don’t know what I’ll do since I’m writing this post three weeks before, but I do know what I’ll be celebrating in addition to Independence Day: the release of The Bakersville Dozen by Kristina McBride! 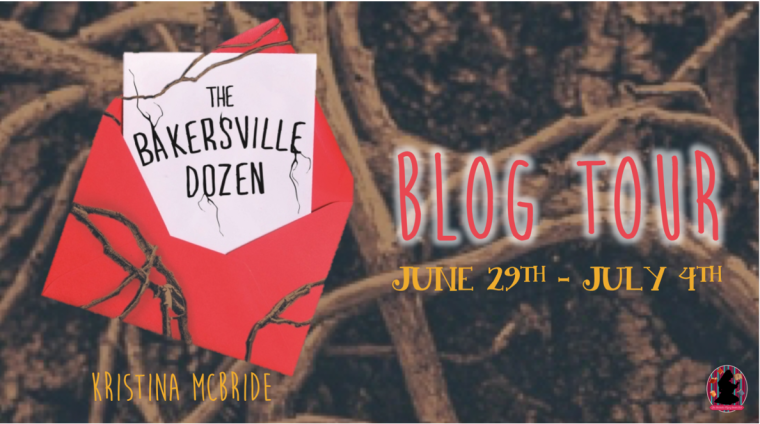 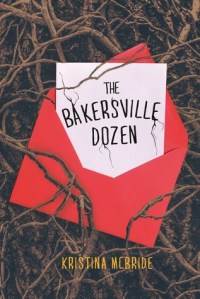 Synopsis: You have four days to locate five treasured trophies. Break the rules and you all die. Happy hunting!

Back in September, the town of Bakersville, Ohio made national news when a video went viral featuring thirteen of the high school’s elite in compromising positions. Now it’s May, and every month since the “Bakersville Dozen” made their infamous appearance on the national stage, one girl has gone missing. Officials are no closer to identifying the criminal.

Bailey “Like a Virgin” Holzman is getting really fed up with the scrutiny. She just wants to enjoy the rest of her senior year and have an epic summer before heading off to college. So when she discovers a note in her locker on the last day of school inviting her on a scavenger hunt, she thinks it’s just a sweet surprise from her boyfriend trying to cheer her up.

But following the clue leads her, instead, to the first official casualty. And another sinister envelope. The killer is close, and it could be anyone. Even the people Bailey’s always trusted most—her best friend, her perfect boyfriend, or the boy-next-door she’s always pined for.

With the clock ticking, she faces a terrifying choice: play the game by the killer’s rules—follow the clues, tell no one, and no cops—for a chance to save the rest of the missing girls, or risk becoming the next grisly victim.

Kristina McBride has published three novels for young adults – THE TENSION OF OPPOSITES, ONE MOMENT, and A MILLION TIMES GOODNIGHT. Her fourth novel, THE BAKERSVILLE DOZEN, will be released July 2017. Kristina is a former high school English teacher and yearbook advisor, as well as an adjunct professor at Antioch University Midwest and Wright State University. Kristina has a thing for music, trees, purses, and chocolate. You might be surprised to learn that Kristina was almost kidnapped when she was a child. She also bookstalks people on a regular basis. Kristina lives in Ohio with her husband and two young children. You can learn more at www.kristinamcbride.com.

Disclaimer: I received a free physical ARC of this book in a giveaway and am reviewing this book as part of The Bakersville Dozen blog tour. This will not affect my review.

Overall Thoughts: I’m pretty neutral about the book. I really liked the premise and thought it had so much potential. I know because I read this all in two to three days when I had an overnight trip in Nashville. Did I couldn’t stop reading at times? Yes. But I’m having the same experience with books like Ballad of the Beanstalk: I didn’t enjoy it like a 4-star book. I’m just very neutral on it. It’s not really amazing to me, but it’s not bad. It’s in between, average.

Gripping and Thrilling: The Bakersville Dozen definitely had me on the edge of my seat so many times. I couldn’t stop asking “What will happen next?” I could not put it down!There was a lot of suspense and mystery in the air, and you just have to read another chapter and another one and another one. Because Bailey (the MC) has a chance to save the five missing girls, I just wanted to know if she’ll be able to save them from the killer before he or she takes their lives. It was a very interesting concept, and I really liked it.

Wasn’t Very Impactful: The reason why I’m giving this book a 3-star because it felt very average in terms of the impact it had on me. As much as I found it hard to put down, it didn’t really suck me in like Girl on the Verge or other thrillers. The twist at the end, even though I found it surprising yet part of it was predictable, did not shock me too much. It was like someone threw a small snowball at me. When it comes to plot twists, I want to be hit in the chest with a bullet; I want to be shocked and going “No way.” I didn’t feel too much of a connection with Bailey, also, since it didn’t really delve really deep into her emotions. I remember when I read books such as The Continuum Trilogy where the story takes place like a movie. This one really didn’t reach that point.

Concluding Thoughts: Did I like it? Yes. Did I love it? Not that much. But just like I say in my other 3-star reviews, you might like this better than me. This is a good book for those who loves mysteries and thrillers and moments where you are at the edge of your seat. It has a nice storyline and plot, but it just didn’t exactly click for me. But since I couldn’t put it down, so will you.

Giveaway for Two Copies of The Bakersville Dozen

Do you have any thoughts or questions?

4 thoughts on “The Bakersville Dozen Blog Tour: ARC Review- I Was on the Edge of My Seat!”